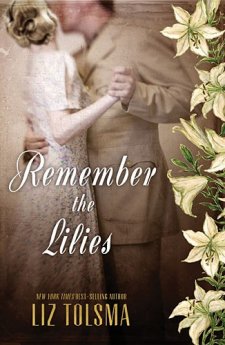 Irene and Rand come from very different walks of life. Will they find common ground in their fight to survive?

Irene has grown up in the jungle as a missionary with her Aunt Anita, but now she and countless others are imprisoned by Japanese soldiers at the Santo Tomas Internment Camp in the Philippines. Irene and her aunt are safe there, and she keeps busy with her duty of delivering censored messages to the camp’s prisoners, but like everyone else, she prays for the war to end and for her freedom.

Rand is a wealthy, womanizing American, whose attempted escape from the internment camp has put himself and others in danger. When Rand and Irene’s Aunt Anita meet one another in the hospital, Irene learns more of his story and her heart is determined to save his family.

But the danger outside the walls of the hospital worsens every day, and life in this exotic place is anything but luxurious. Can Irene find Rand’s family before they disappear forever? And can a humble missionary woman and an arrogant man find common ground in the face of their biggest fears?

Remember the Lilies is a WWII Historical Fiction novel written by Liz Tolsma. This is my very first time reading one of her titles and I was excited to delve into the drama of an interment camp in the Philippines. Remember the Lilies is definitely a love story, between the lovely Irene and Rand who has been around the block a time or two. However, Tolsma also writes about the horrors of an interment camp in this book. She gives details, so this book is not for the faint of heart. There were several times during the story where I wanted to hit the fast forward button. (I usually do during movies when I don’t want to see the violence in my dreams for the next few weeks) By no means is Tolsma overly graphic, but the situation Rand finds himself in was a reality for so many during WWII. I feel she did justice to what the experience was like, without overdoing the details.

I enjoyed this book for its historical account and for the way Tolsma uses less than perfect characters. I always have a soft spot for a rake who turns his life around. For me, this book was a little heavy compared to my usual fare. (Understandable given the subject matter.) The happy moments shared between characters were few, leaving me feeling like I had eaten a dense piece of cake that was missing the frosting. The cake was delicious (and well written) but I could have used a little frosting….and maybe a glass of milk. Having said that, I am still excited about reading other titles by Liz Tolsma. This particular book was not my favorite, but that happens even with my favorite authors.

Liz Tolsma has lived in Wisconsin most of her life, and she now resides next to a farm field with her husband and their two daughters. Her son proudly serves as a US Marine. All of their children have been adopted internationally and one has special needs. When not busy putting words to paper, she enjoys reading, walking, working in her large perennial garden, kayaking, and camping with her family.

I was given a complimentary copy of Remember the Lilies by its publisher and BookLookBloggers in exchange for an honest review. All opinions are my own and I have not been compensated in any way.