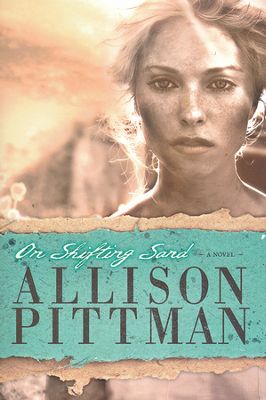 From the Back Cover

Long before anyone would christen the Dust Bowl, Nola Merrill senses the destruction. She’s been drying up bit by bit since the day her mother died, leaving her with a father who withholds his affection the way God keeps a grip on the Oklahoma rain. A hasty marriage to Russ, a young preacher, didn’t bring the escape she desired. Now, twelve years later with two children to raise, new seeds of dissatisfaction takes root.

When Jim, a long-lost friend from her husband’s past, takes refuge in their home, Nola slowly springs to life under his attention until their reckless encounters bring her to commit the ultimate betrayal of her marriage. For months, Nola withers in the wake of the shame she so desperately tries to bury, burning to confess her sin but wondering whether Russ’s love will be strong enough to stand the test.

Love stories are my favorite to read above all other forms of fiction. Current day, historical, whatever…I love a love story. Knowing that, I was a little unsure selecting On Shifting Sand to read. I knew before I started, trouble was brewing for the main character, Nola Merrill, and I wasn’t so sure I would enjoy the heavy subject matter. However, I am happy to say that I found this title by author Allison Pittman brilliantly written and easily one of my favorites for 2015.

What is unique about On Shifting Sand is that it is written from the first-person perspective of Nola Merrill. She is telling the story and we see everything through her eyes and in her voice. Nola is a complicated woman and so many times I found myself wanting to sit down and have a chat with her. Nola is self-destructive and in all kinds of denial. But she is not unlike most of us. The difference is, we are able to hear from Nola what most of us keep silent.

To my surprise, there is much love in this story: The love of a mother for her children, a husband for his wife, a pastor for his flock, and a friend for her neighbor. I did get my love story, just not in the way I expected. I would also add that I appreciated the lack of side stories in the book. It is perfect without needing unnecessary story lines. This is such good book and I am so glad I had the opportunity to read it.

I was given a complimentary copy of this book by its publisher, Tyndale Fiction, in exchange for an honest review. I have not been compensated and all opinions are my own.

Allison Pittman has penned more than twelve novels, including her series set in the Roaring Twenties- All for a Song, All for a Story, and All for a Sister. Allison resides in San Antonia, Texas with her husband Mike, their three sons, and the canine star of the family- Stella. For information, visit www.allisonpittman.com

What inspired you to write On Shifting Sand?

This is always the hardest question to answer. I loved writing about the dynamics of marriage with my Sister Wife series. But then, a story of a marriage needs conflict, and I’ve yet to see a CBA novel really tackle the idea of adultery in a way that showed it to be a conscientious, willful sin, disassociated from the circumstances of the marriage, or the relationship between the husband and wife. Too often, it was a backstory to justify a divorced character. Or it was a series of close calls, but never fully realized. I wanted to portray it as sin. Pure and simple, but unique in the fact that it reaches beyond the sinner, and carries with it a risk in confession. And then, I wanted to write a story that follows through a journey of restoration—not simply coming back to Christ, but coming back to life. It took a bit for all the pieces to come together, and so many of them weren’t discovered until I was buried in the story. More than any of my books, inspiration for this story came bit by bit.

I think we are all unreliable narrators in our own lives, especially when it comes to facing our sin. We justify our sin, proclaim ourselves victims, assign blame and downplay responsibility. We can bury ourselves so deeply in guilt, we’re blind to the idea of redemption, so we ignore what God tells us about confession and grace and mercy. We lie to ourselves the same way Nola lies to herself—and, thereby, to the readers. I have no doubt this character will make readers uncomfortable. She made me uncomfortable. They are going to be frustrated with her choices, disappointed by her actions, but I’m OK with that. I think Nola is the realest character I’ve ever created.

What would you say to couples who have been touched by infidelity in their marriages?

I hate to think of myself as being qualified to say anything beyond—Pray. Circumstances can fluctuate too widely to give any worthwhile temporal advice, but prayer taps into omniscient, omnipotent resources. And, I don’t think the prayers are any more or less applicable whether you are the adulterer or the “faithful” spouse. Pray that God will reveal your sin to you. Own it, confess it, and trust in His forgiveness. Pray for the healing of your heart and for the strength to love despite the pain. Allow God to work in the heart and mind and spirit of your spouse. That doesn’t mean couples should always stay together, but it’s not an automatic “out” for a marriage, either. No matter the final decision for the marriage, a man and a woman need to be restored in their relationship with Christ and their relationship with each other in order to fully experience the life God has in store.